Videohive 35352603 Cinematic Titles for After Effects

in After Effects, Text
0 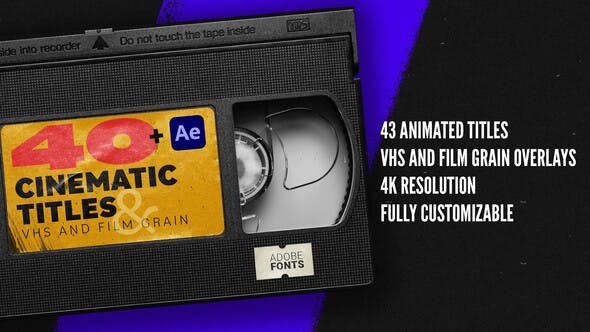 Cinematic Titles for After Effecs. This is a pack with 43 animated and ready-to-be-used Titles.

Super 8mm, 35mm and VHS overlays are going to add realistic film grain into your videos. Each title has an intro animation and can be easily extended to any duration to fit your project.

This stuff works with After Effects Version CC

Files include is After Effects Project Files, Video Files